Mount OlDoinyoLengai the holymountain of the Masai, situated in Arusha territory in Tanzania.

It is discovered 240 kilometers toward the northwest of Arusha town, alongside the western bluff of the Great Rift Valley, sitting above Lake Natron on the fringe with Kenya.

OlDoinyoLengai is alluded to by the Maasai people as the “Mountain of God", is the main dynamic spring of gushing lava in Tanzania. Rising wonderfully from the Great Rift Valley floor to a stature of 2890m, OlDoinyoLengai is the main dynamic spring of gushing lava on the planet that radiates carbonatite magma. This sort of magma is incredibly phenomenal in light of the way that temperatures of these magmas are simply around 500°C, about a huge part of the temperature of run of the mill basalt magmas, and its magma streams with a consistency almost as fluid as water.

The mountain can be trekked in 6 hours, bearing dazzling points of view of the Great Rift Valley and volcanic courses of action in the Ngorongoro good countries as you get to the summit. It is a gutsy climb starting at first light. Remember this is a working wellspring of fluid magma, the mountain remains close to climb when we have discharges.

Portrayed by others as a tentatively profitable, geochemical haven, Oldoinyolengai's is a noteworthy physically demanding climb. Its lofty slant makes it a test to climb and notwithstanding moving down and the daytime warm is vile. The best time to rise the mountain is around night time when the temperatures are lower. This empowers the climber to watch the surprising first light at the summit and return before the consuming warmth kicks in. 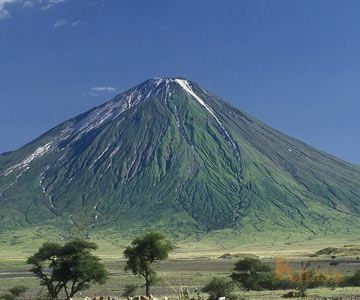 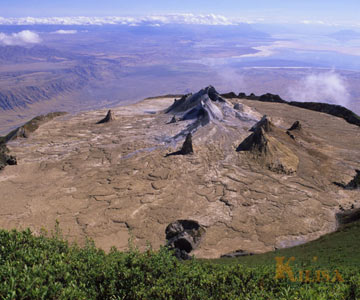 Book Your Tour As Your Choice With Tailor Made Tour

Whether you are ready for Tanzania Safari Dream or Kilimanjaro Adventure or Beach Relaxation for a few days or a few weeks long, our experts will create an itinerary from scratch, fully tailored to your wishes. Want to visit a beautiful destination or start an adventure to reach the top, or relax in a paradise, we will make it happen.

Wanna Be A Part Of Our Trek Family?

Sign-up to get top travel tips, the coolest new videos and the best on the road stories straight to your Inbox. Plus You'll be the first to hear about our discounts and deals

TALK WITH OUR EXPERTS

“Not ready to start yet?”

“Schedule a quick, 15-minute call with an expert tour operator to get ideas on where to go and how long to spend in each place.”

“Send Your Details, Our Experts Will Be In Touch For A Successful Tanzania Visit”